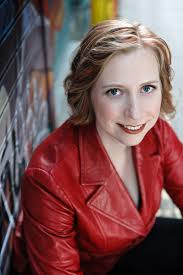 The 2014 Aurora Award nominees were announced this week, and we’re delighted to see one of our own on the list. Helen Marshall’s poem, “The Collected Postcards of Billy the Kid,” first appeared in Postscripts to Darkness Volume 4 in October 2013. As our Poetry Editor Dominik Parisien wrote in his introduction, the poem “provides us with ‘the lost years’ of yet another literary figure, Billy the Kid, and fills them with uncanny images and queer beauty.” It’s wonderful that Canadian readers apparently agree, enough to lift a swell of nominations Helen’s way. We wish her all the best at the awards ceremony in October.

We’re also happy to see that PstD friend and interviewee Amal El-Mohtar earned two poetry nominations on the same ballot, and that Matt Moore and ChiSeries Ottawa earned a Best Fan Organizational nomination. As regulars at the Ottawa ChiSeries readings, we can attest to the literary merriment to be had at these events, and we’re grateful for the way they glue the Ottawa SFF community together. There is so much fine talent in these here parts and it’s wonderful to see that talent gathered and celebrated on a regular basis. May ChiSeries endure into infinity.