Hi Gwynne! Thanks for agreeing to answer a few questions as part of our PstD online poetry feature. To start off, can you tell our readers a little about who you are, what you do, what you’ve written and what you’re writing?

Thanks, Sean! I’m a Los Angeles native, a poet, fiction writer, and erstwhile rock critic. My work has appeared in such publications as Strange Horizons, Apex, Interfictions, Mythic Delirium, The Cascadia Subduction Zone, and The Mammoth Book of Dieselpunk. A lot of what I write (but not all) is speculative in nature. I’m currently working on a novel about teenage girls in the Los Angeles punk scene circa 1980, as well as a collection of poetry and short fiction.

Both the short poem cycle “People Change” and “Linda Blair Pantoum” are, I understand, part of a larger poem-cycle that engages with your lifelong fascination with horror films. When did you start writing this body of poems? Roughly how many poems does it encompass? Is there a working title for the series and do you eventually plan to publish them in a single volume?

The first poem in the series was “bell, book, candle,” which I wrote in 2011. Certainly by the time I’d written “It’s a Universal Picture” a couple of years later, I knew I wanted to write a series of poems inspired by horror films.

There are around 20 poems in the series so far, with several more in various stages of composition. The working title for the sequence is “It’s a Universal Picture,” and the series will be included in the book of poetry and short fiction I’m putting together. Some of my short fiction also relates to film.  “In Lieu of a Thank You”  is an homage to the mad-scientist movies of the 1930s. “The Imaginary Friend,” which appeared in Postscripts to Darkness vol. 6, centers around a fan of a (fictional) science fiction movie.

You recently published “A Poem for Mary Henry,”  titled after the main character (played by Candace Hillgoss) from the film Carnival of Souls (1962). Am I right in assuming it is part of this poetic series?

Yes, it is! Carnival of Souls is a film that I find endlessly fascinating.

Beyond their grounding in your personal horror-film-spectatorship, what do these poems have in common, thematically, stylistically, formally?

In these poems, I explore the personal and feminist concerns (and sometimes they’re the same thing) evoked by horror films. To use “Linda Blair Pantoum” as an example: I’d been thinking about how, subtextually, The Exorcist is about a mother trying to cope with her daughter going into puberty. So in the poem I write about the possessed Regan, as well as Linda Blair’s later teenaged roles, from the perspective of a pre-teen horror fan (my younger self) looking for clues to her own future by observing the pop culture morass.

Many of the poems in the sequence are in free verse; some use forms like the pantoum, the villanelle, and the acrostic. I’d say my poetry tends more toward the aural than the visual. It focuses more on the music of spoken language than on imagery (which may seem an odd observation about poems inspired by such a visual medium as film).

I’m much less conversant with 21st-century film horror, but some films that have impressed me are Ginger Snaps (2000), Let the Right One In (2008), Berberian Sound Studio (2012), Byzantium (2012), Only Lovers Left Alive (2013), and A Girl Walks Home Alone at Night (2014). I notice that my favorite recent horror films tend not to be made in the U.S. (and also that I still love vampire stories when they’re told in fresh ways).

I think all of your film-focused poems I’ve read so far are grounded in films from the 1970s or earlier. Have you written poems in response to more recent films as well, or is there something about the vintage aspect of the films that is necessary to the conception of the series?

Whether they are past or contemporary, who are some of the poets whose work has been most important to your own, and what have you taken from their writing?

I could list beloved poets all day long (Sappho, William Blake, Muriel Rukeyser, Sylvia Plath, Denise Levertov, Anne Sexton, June Jordan, Diane di Prima, Ted Berrigan, Wanda Coleman, Eileen Myles, etc.), but in terms of influence on my own work, I’d have to mention Frank O’Hara, who wrote so breezily about pop culture, amid references to literature and painting and music and his friends and lovers–and whose poems “To the Film Industry in Crisis” and “Poem (Lana Turner has collapsed!)” certainly influenced my current poetry project.

Also there’s Marilyn Hacker, one of the most accomplished living poets of established forms (and a poet who writes out of a Jewish feminist sensibility). When I tackle forms like the sonnet, the pantoum, or the villanelle, Hacker provides a dazzling example.

She’s not primarily a poet, but I want to mention Dodie Bellamy, who has written brilliant, experimental works like The Letters of Mina Harker (1998). (I studied with Dodie in my MFA program at Antioch University Los Angeles.) Her bravura collaging of horror tropes with fiction and memoir showed me new possibilities for writing about this material. 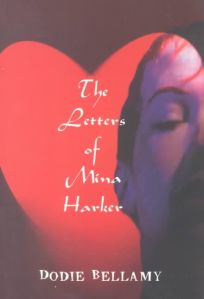 You are also an accomplished writer of short fiction. How would you describe the relationship between writing prose fiction and writing poetry? Are there times when the two registers overlap?

Sometimes when I begin to write a piece, I’m not sure whether it will end up as poetry or prose. My poem “Ralph Touchett Awaits Revision” began life as a short story. My unpublished novel The Posthumous Life of Eleanor Bell deals with a sort of vampire Sylvia Plath and includes a number of her poems (written in a style distinctly different from my own).

Where else can our readers find your work, and particularly other poems in this series?

Links to my work, including other poems in the series, can be found at my website: http://gwynnegarfinkle.com

Gwynne Garfinkle lives in Los Angeles. Her poetry and fiction have appeared in such publications as Strange Horizons, Interfictions, Apex, Mythic Delirium, Lackington’s, The Cascadia Subduction Zone, Through the Gate, inkscrawl, and The Mammoth Book of Dieselpunk.