Those who devour vampire fiction will be familiar with Nancy Kilpatrick. With hundreds of credits to her name, and having complied The Goth Bible, she has become irrevocably fused with the genre. Considering her contributions, that is a wonderful thing.

Her latest foray into endless night is an epic series, projected at over a half dozen books, entitled ‘Thrones of Blood.’ Revenge of the Vampir King is the first volume in this series, released by Crossroad Press in ebook format on February 1, 2017, with the paperback to follow. Judging by the elastic length of the electronic version, this will be a thick volume at nearly 300 pages, giving lovers of meaty series that drip blood from every page one to sink their teeth into. Within the first chapter, however, it will have sunk its teeth into you, for better or worse.

Kilpatrick has decades of expertise on vampires; books about them could be considered her legacy. Scounds of short stories spatter her bibliography. She has curated anthologies of sanguine sagas as editor of Evolve: Vampire Stories of the New Undead, and the follow-up Evolve: Vampire Stories of the Future Undead. Her collections, like Vampyric Variations and the appropriately titled The Vampire Stories of Nancy Kilpatrick, and a number of novels, both under her name and her pseudonym Amarantha Knight, capture the immortal imagination–Dracul, Bloodlover, and Child of the Night–to name a few. 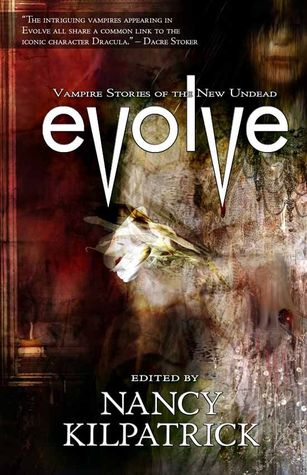 Those who come to the horror genre seeking more than one kind of release may very well find it here. On top of that, the exploits of vampir King Moarte and his reluctant captor-cum-bride Valada go from a master and slave dynamic to a travelling and plotting duo, as the story morphs between fantasy fiction and espionage tale, slippery with deceit and betrayal.

Revenge of the Vampir King may seem to have something for everyone and appear vastly inclusive at first glance; however, upon inspection, you can see how the audience may shrink. Regency vampires, sword and sorcery, plus the highly sexualized nature of these beasts may appeal to a only a few clans in the horde of vampire fans, since there are so many incarnations of the blood-drinkers to be drawn to. If you have an affinity for modern speech and balk at the fantasy genre’s penchant for flowery and dramatic dialogue, then you may fall out of the net here. The harder division line comes with the fusion of violence and sexuality, as noted earlier, and some may not be able to see past the submissive nature or the brutal treatment of some characters.

Where the words slave and master will thrill some readers, they could drive others away.

All in all, it is brave piece of fiction for readers seeking a deep plunge into sex, swords and sanguine sensuality.

Lydia Peever is a horror author and journalist from Ontario, Canada. She is a big fan of horror music, books and film–so anywhere there is blood, you will probably find her lurking somewhere in the corner.

Her short stories have appeared in Postscripts To Darkness, Dark Moon Digest, For When The Veil Drops and her small collection, Pray Lied Eve and its sequel Pray Lied Eve 2. The follow up to her first novel Nightface has also been written.

In her spare time, she helps update the new releases section of the Horror Writers Association website, photographs zombie walks or bloody punk rock bands, and records a few podcasts.

You can read her earlier in-depth PstD interview with Nancy Kilpatrick here.